Google has already released flutter 3.0. It is now live and ready to perform for all desktop versions. As we live in the tech world, this news makes us excited about the new features in flutter 3.0?

In Jan-Feb 2022, Flutter announced its support for Windows, and Now in May 2022 by presenting the new version of Flutter, it also supports macOS, Linux, and Apple Silicon.

In recent times, flutter has been the most popular cross-development platform. The best part about Flutter is you can get quick success from it and it isn’t just a Google product, and anyone can take benefit from it. Developers can easily use its potential on this open-source platform by contributing code, creating packages that support the core framework, authoring documentation and tutorials, and various other methods.

some significant releases date of Flutter: 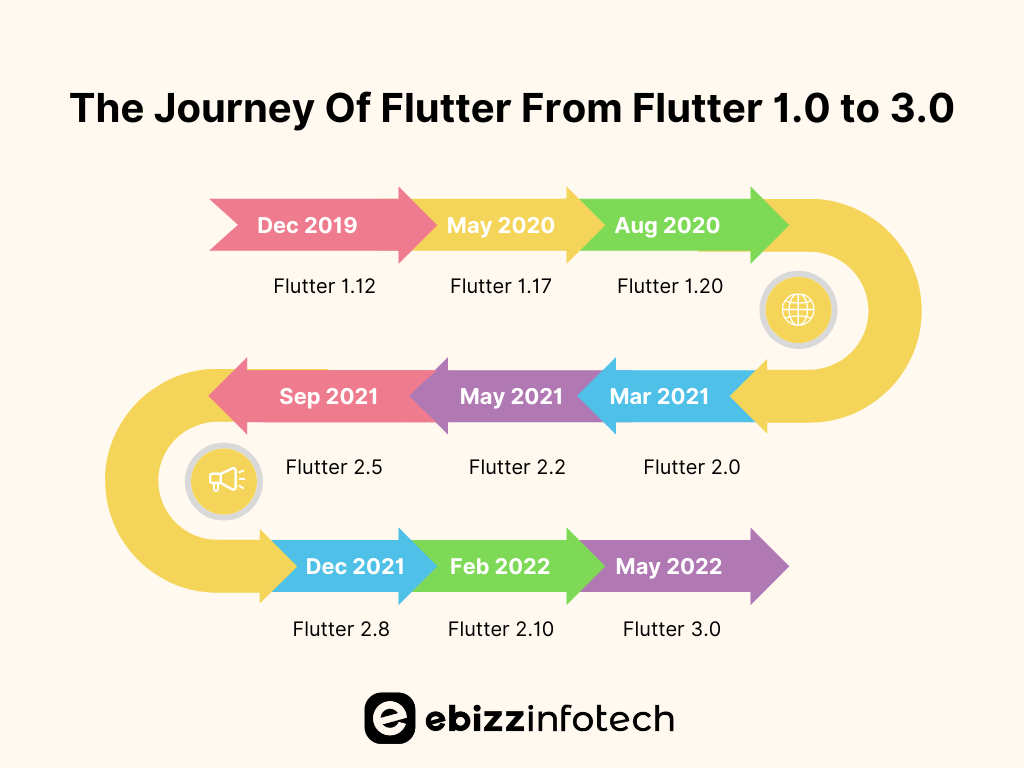 Since the release of the Flutter 1.0 Beta version of Flutter, Google has always tried to implement new features in Flutter development by including new frameworks, widgets, and integration of other platforms.

Today Around 500,000 apps are made by using the Flutter platform. And Google’s new features made flutter more flexible for developers.

The top companies like WeChat, Betterment, SHEIN, Nubank, Tabcorp, trip.com, Fastic Tabcorp, and many other platforms used the Flutter platform for development.

With Flutter 3, you can design a great app for six platforms from a single codebase. It gives developers to focus on other duties and startups to present fresh ideas to the whole addressable market for the app startups.

Google expands iOS and Android with web and Windows support in previous versions of Flutter, and now in Flutter 3, they add reliable support for macOS and Linux apps. The goal is to provide you the freedom to use the underlying operating system to its full potential while sharing as much UI and logic as you want.

What’s the new feature in Flutter 3.0? 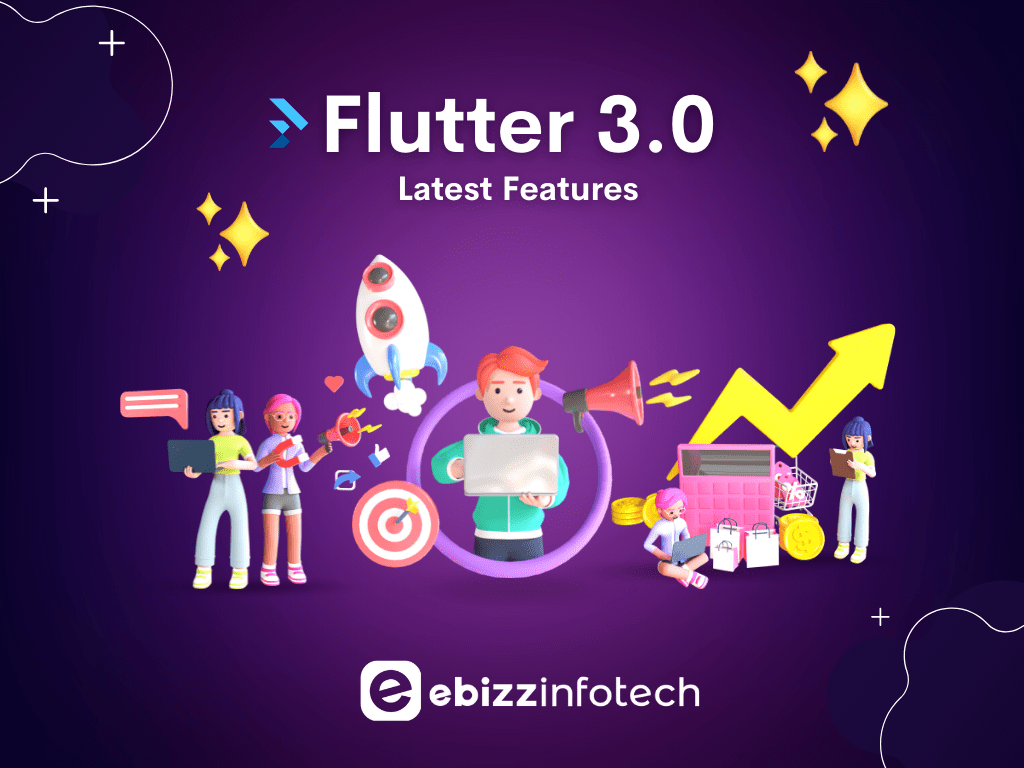 Flutter transforms the app development process smoothly. So, Build, test, and deploy beautiful mobile, web, desktop, and embedded apps from a single codebase. Here are all the flutter new features you may find in Flutter 3.0:

63% of developers use firebases for the apps. So, to publish a great app with Flutter, you need suitable plugins.

You can’t only develop an app with the UI framework, you need a comprehensive set of tools to allow them to create, release, and operate your apps, as well as services like data authentication, cloud functionality, device testing, and data storage.

With the release of Flutter 3, you can enable the fully supported firebase plugins in the repo and website. Plus, Google is also working on the new widgets that make your firebase app development smoother.

By using the Firebase Crashlytics plugin, you can easily hold the bugs. This summarizes your app’s stability and allows you to resolve issues simply by tracking the errors.

The features are primarily concerned with crucial warning metrics such as “crash-free users,” which ‌assist you in maintaining the reliability of your app.

The new flutter update is providing flexibility in using the operating system and shares optimal UI and logic. Beyond rendering pixels, the flutter new features give platform support.

Fresh inputs for platform-specific integration, interactive models for compilation to establish support, enable accessibility, and internationalization are among the new Flutter 3 features for the macOS and Linux system menu bar support.

Flutter is a unique toolkit that makes it simple to create beautiful apps. You’ll create an app that runs on both iOS and Android and looks and feels like it is built natively by employing the platform’s native components.

With the new features in Flutter 3, the Flutter team provides material support which a flexible cross-platform design system to help you turn your Flutter app into a stunning interactive experience.

The best thing that comes from the flutter team is more than imagination. And it is, now you can develop games with Flutter’s upcoming features. Google has released a casual gaming toolkit, which includes a collection of templates, rules, and training for game makers interested in using flutter.

Until now, flutter was all about the applications and their usefulness; now, Google has fluttered even another avenue for growth! Yes, several flutter-based games have been already released. Game makers may also visit the flame game engine to learn more about how flutter works with games.

The current release of Flutter 3 also includes a new update for the Dart SDK, which includes version 2.17 of the language. These Dart developments are available to all developers, whether they use Flutter.

Dart 2.17’s standout feature is the ability for developers to expand enums and alter default functions. This allows enums to behave similarly to custom-written classes.

A foldable phone has a unique display that can be folded in half like a piece of paper, Because of a partnership with Microsoft, Flutter 3 will ‌support foldable mobile devices as well. Developers may now create dynamic and productive experiences on foldable devices thanks to these new functionalities.

New Flutter 3 now has a new option for creating an IPA command that simplifies the start of your iOS app.

You can now control the bootstrap process of your Flutter app from the hosting HTML page to Flutter’s new lifecycle API for web applications.

It also improves Lighthouse’s analysis of your app’s performance. This may apply to a variety of scenarios to speed up your development process.

The image coder API in the browser is now automatically identified and used by Flutter web.

Using the browser’s built-in image codecs, this new API decodes pictures asynchronously off the main thread. This increases the performance of photos by 2x without stopping the main thread and eliminates the jank caused by images previously.

Theme extensions allow you to add anything to the material library’s ThemeData. You may use ThemeData extension instead of extending copyWith, lerp, and other methods. You may also supply Theme Extensions as a package developer.

What Are the Upcoming Features You See?

With the Flutter 3 released, Flutter is now compatible with all Android, iOS, Web, Windows, macOS, and Linux platforms. So, now the main question is, “What are the upcoming features we will expect in the forthcoming flutter version?

Google’s Product Manager “Tim Sneath” explained that including the support for these all platforms provided Flutter with a solid basis on which to grow. They will continue all the development processes to enhance productivity.

So, this is all about Flutter and its important features! We hope now you are getting more excited about the upcoming features. Please, share this post with Flutter developers so that they will get all the knowledge about these features. 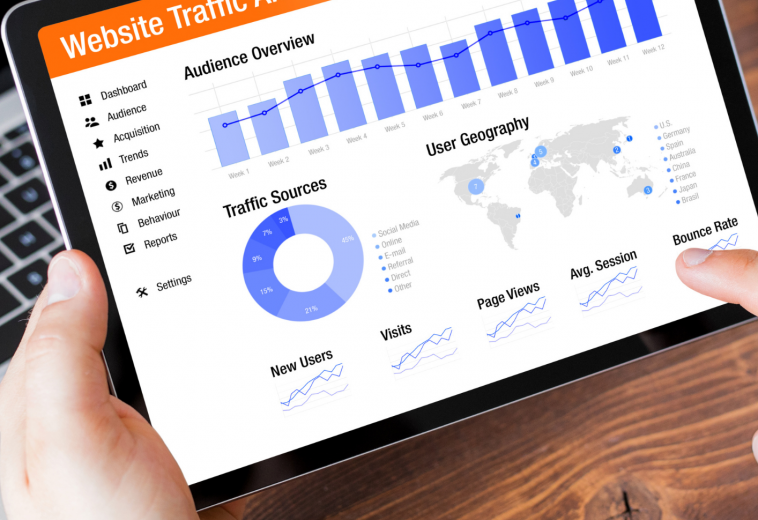 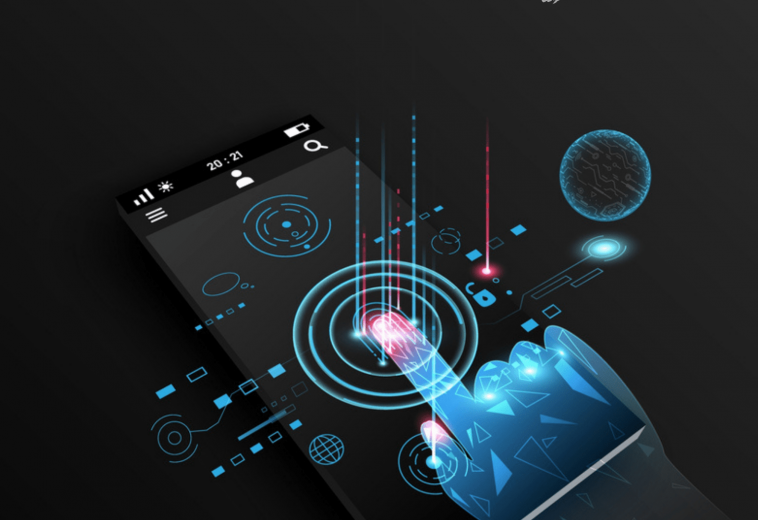 What is Salesforce? What does Salesforce do? How does it help companies?